Earnings up at industrial companies including Caterpillar and United Technologies

Confidence in the outlook for the world economy has been boosted by strong earnings statements from some of the largest US industrial companies, reporting strength in sectors including aerospace and construction.

Caterpillar, United Technologies, General Motors and 3M were among the companies that reported earnings above analysts’ forecasts for the third quarter, helping to push the Dow Jones Industrial Average to a new record high.

A number of companies cited strong or improving markets in China as an important factor in their results, but reports from North American and European markets were generally strong, too.

Caterpillar, which makes earth-movers and other equipment, sharply increased its estimate of expected earnings for 2017, and United Technologies and 3M also raised their projected ranges for the year.

Brad Halverson, Caterpillar’s chief financial officer, said the company had focused on structural cost reduction during the downturn in the construction and mining markets, which were now picking up.

“It was extremely tough for us, but now we’ve done that,” he said. “And now we’re getting the benefit.”

The Asia-Pacific region was Caterpillar’s strongest. Sales there rose 31 per cent, with about half the increase coming from growth in China, driven by rising construction and infrastructure investment.

United Technologies, which makes aircraft components and equipment for buildings, has faced difficulties in China, the largest market for its Otis elevator division. But Akhil Johri, chief financial officer, told analysts on a call that while the company was not “out of the woods” there, order volumes were rising and the decline in prices appeared to have slowed.

3M, which makes Post-it notes and a wide range of other products, reported 23 per cent organic growth in sales in China and Hong Kong for the quarter, compared to 3.6 per cent in the US and 3 per cent in western Europe.

Inge Thulin, 3M’s chief executive, said it was “good to see broad-based growth across all geographic areas”, and the company had “very high confidence as we move into 2018”.

Not every US industrial company has been reporting strong earnings. General Electric, the largest US manufacturer by market capitalisation, last Friday reported a fall in earnings per share and sharply reduced its guidance for the full year.

Its results were the hit by the weakness of its division making and servicing equipment for the electricity industry, fuelling speculation that the group would have to cut its dividend, which sent its shares down 6 per cent on Monday.

The car manufacturers also showed signs of weakness on Tuesday, with Fiat Chrysler Automobiles reporting lower sales and GM cutting production in their key North American markets. However, FCA managed to raise profits more than analysts had expected by boosting its margins, and its shares closed 5 per cent higher at €14.88. GM shares were up about 2.5 per cent by noon in New York.

US companies have been highlighting the prospect of possible corporate tax reform as another reason for optimism about the outlook.

Mr Halverson of Caterpillar said: “It has been our number one priority, and we are actively engaged in [Washington] DC on how a US company can be internationally competitive . . . We have been at a disadvantage for a long period of time.” 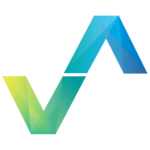